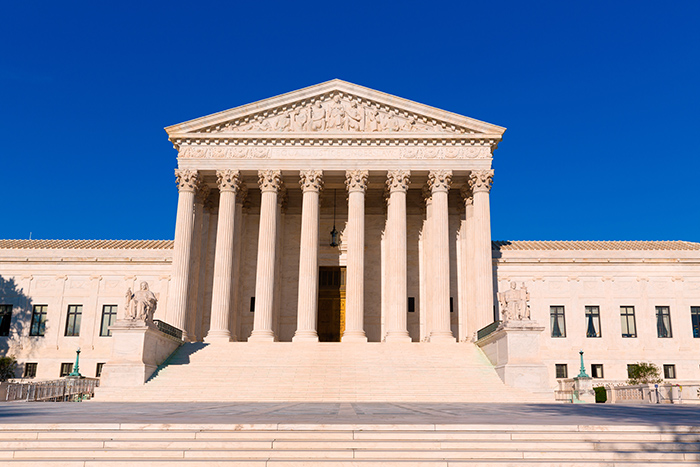 In a landmark ruling and a tremendous step for LGBTQ rights in the workplace, the United States Supreme Court handed down its opinion in Bostock v. Clayton County, Georgia on June 15. The Court held that when Title VII prohibits sex discrimination in employment, the statute, on its face, prohibits discrimination on the basis of sexual orientation and gender identity, as well.

The majority opinion in the 6-3 decision was authored by Justice Gorsuch and focused heavily on the statutory language of Title VII. The Court’s reasoning finds its foundation in textual analysis of Title VII’s straightforward language. The decision’s first paragraph nearly says it all:

Sometimes small gestures can have unexpected consequences. Major initiatives practically guarantee them. In our time, few pieces of federal legislation rank in significance with the Civil Rights Act of 1964. There, in Title VII, Congress outlawed discrimination in the workplace on the basis of race, color, religion, sex, or national origin. Today, we must decide whether an employer can fire someone simply for being homosexual or transgender. The answer is clear. An employer who fires an individual for being homosexual or transgender fires that person for traits or actions it would not have questioned in members of a different sex. Sex plays a necessary and undisguisable role in the decision, exactly what Title VII forbids.

The Court went on to explain that, for the purposes of this argument, it used a limited, traditional dictionary definition of “sex” from the time of the statute’s drafting: “status as either male or female as determined by reproductive biology.” Notwithstanding the narrow definition, the Court held discrimination on the basis of sexual orientation and gender identity must be discrimination on the basis of sex because it is not possible to discriminate against someone for those characteristics without explicitly including his or her sex in the calculus.[1]

Bostock runs through a high-level analysis of Title VII’s causation standard, starting first by reiterating that the basic standard of causation under Title VII is “but for.” The Court takes pains to explain that “but for” does not mean “solely,” or even “primarily.” Rather, if sex is one basis for an employment decision, Title VII is violated, even if there are other bases. As the Court noted, the amendments to Title VII in the Civil Rights Act of 1991 further confirm this analysis by explicitly recognizing employer liability when sex (or race, color, religion, or national origin) is merely a “motivating factor” in the decision. When analyzing “but for” causation, sexual orientation and gender identity discrimination must necessarily be discrimination on the basis of sex:

Put differently, if changing the employee’s sex would have yielded a different choice by the employer—a statutory violation has occurred. Title VII’s message is “simple but momentous”: An individual employee’s sex is “not relevant to the selection, evaluation, or compensation of employees.” The statute’s message for our cases is equally simple and momentous: An individual’s homosexuality or transgender status is not relevant to employment decisions. That’s because it is impossible to discriminate against a person for being homosexual or transgender without discriminating against that individual based on sex.

Despite the plain language of Title VII, there has been significant disagreement about whether “sex” indeed covers sexual orientation and gender identity. Many states and localities have explicitly added sexual orientation and gender identity to their employment discrimination statutes to ensure coverage. Bostock extends that protection to LGBTQ workers on a federal level, and for that reason, it is, to use its own words, equally simple and momentous.

The majority opinion also addresses the argument that discriminating against both gay men and gay women cannot be sex discrimination because both sexes are equally affected. In so doing, the Court pens an analysis that is likely to be cited in other Title VII contexts as well. Specifically, the majority opinion explains that Title VII’s text prohibits discrimination against individuals, not against groups or classes. The Court notes an employer cannot defend a claim that it fired a woman for refusing sexual advances by arguing it generally treats women better than men; rather, the question is whether this particular woman was treated worse because she is a woman. As the opinion goes on to say, “Nor is it a defense for an employer to say it discriminates against both men and women because of sex. This statute works to protect individuals of both sexes from discrimination, and does so equally. So an employer who fires a woman, Hannah, because she is insufficiently feminine and also fires a man, Bob, for being insufficiently masculine may treat men and women as groups more or less equally. But in both cases the employer fires an individual in part because of sex. Instead of avoiding Title VII exposure, this employer doubles it.”

Beyond the fact that Bostock brings well-deserved protection to millions of workers, the opinion is notable for another reason: it is a 6-3 decision where two typically conservative justices joined with the Court’s more commonly liberal justices. The fact that Justice Gorsuch, a Trump appointee, is the author of the opinion will be surprising to many, but perhaps in a time of division, it is a sign of hope. Indeed, even in dissent, the Court’s newest conservative justice, Brett Kavanaugh, recognizes the enormity of the moment, saying, “Notwithstanding my concern about the Court’s transgression of the Constitution’s separation of powers, it is appropriate to acknowledge the important victory achieved today by gay and lesbian Americans. Millions of gay and lesbian Americans have worked hard for many decades to achieve equal treatment in fact and in law. They have exhibited extraordinary vision, tenacity, and grit—battling often steep odds in the legislative and judicial arenas, not to mention in their daily lives. They have advanced powerful policy arguments and can take pride in today’s result.”

Much will be written about Bostock in the days and years to come, including its potential legacy outside of Title VII. In Bostock,  the defendants argued Congress could not possibly have desired to protect gay and transgender employees in 1964. (Of course, as the opinion notes, the person who inserted sex into the statute in the first place likely never really intended to protect women, either.) The Court, while distinguishing textualism from intentionalism, reminds us that the rule of law should protect everyone:

To be sure, the  statute’s application in these cases reaches beyond the principal evil legislators may have intended or expected to address. But the fact that a statute has been applied in situations not expressly anticipated by Congress does not demonstrate ambiguity; instead, it simply demonstrates the breadth of a legislative command. But to refuse enforcement just because of that, because the parties before us happened to be unpopular at the time of the law’s passage, would not only require us to abandon our role as interpreters of statutes; it would tilt the scales of justice in favor of the strong or popular and neglect the promise that all persons are entitled to the benefit of the law’s terms.

It is so ordered.

[1]           The majority’s opinion holds open the possibility that for some employers, the Religious Freedom Restoration Act could offer a defense to a Title VII claim in this context but notes that such an issue does not appear in this case.