HomeBlogFLSA Ch-Ch-Changes on the Way – Are You Ready? 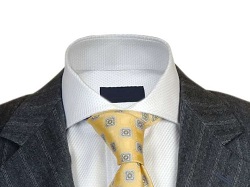 Changes are on the way for the Fair Labor Standards Act (FLSA). The legal test for determining whether employees are exempt from overtime under the “white collar” regulation will change sometime in 2016. Employers need to take steps now to ensure they can comply when the change becomes effective. The exact change will not be known until the final regulation is published by the Department of Labor. However the proposed rule published on July 6, 2015 makes clear that the minimum amount of compensation necessary for an exemption will increase significantly and may double.

Presently, employees classified as exempt under the regulation for executive, administrative, professional, and computer employees must satisfy the applicable “primary duty” test and be paid a salary of at least $455 per week (or $23,660 per year). There is also a relaxed primary duty test for “highly compensated” employees which requires annual compensation of at least $100,000 (including the minimum guaranteed salary of at least $455 per week). The proposed regulation would increase these amounts to $970 per week ($50,440 per year) and $122,148, respectively. It will also include a mechanism for automatic updates. The Department of Labor estimates that these changes would result in almost 5 million employees who are currently exempt becoming eligible for overtime compensation.

It is also possible that the final regulation could change the primary duty test by limiting the percentage of time spent on work that would not be considered exempt.

What Does This Mean For Employers?

Employers need to prepare for these changes. Employers should identify the positions they now classify as exempt but which are paid less than $907 per week. This should capture all the positions in question because while the final rule may lower the required compensation. It is not expected to be higher. Next, employers should identify a range of salary levels which they would consider bumping up to the new minimum in order to preserve the exemption. The use of the “highly compensated” employee exemption for employees earning less than $122,148 annually should be audited. Determine if they meet the full primary duty test of any of the exemptions or if their pay needs to be raised to meet the new minimum to maintain the exempt classification.

The remaining positions will need to be reclassified as nonexempt involving a plethora of issues to resolve, including:

Now is also a good time to evaluate whether any other positions are possibly misclassified as exempt. Make appropriate changes to minimize risk.