New Ruling from the United States Supreme Court on Accommodations for Pregnant Employees: What Employers Need to Know

HomeBlogNew Ruling from the United States Supreme Court on Accommodations for Pregnant Employees: What Employers Need to Know 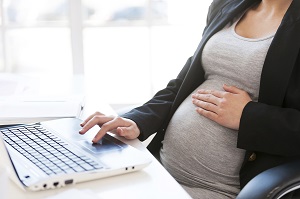 New Ruling from the United States Supreme Court on Accommodations for Pregnant Employees: What Employers Need to Know 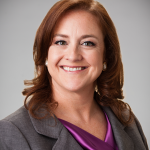 On March 25, 2015, in Young v. United Parcel Service, Inc., the Supreme Court announced a new standard for whether a claim of pregnancy discrimination based on the denial of an accommodation should be decided by a jury or dismissed by summary judgment.

Peggy Young claimed that United Parcel Service, Inc. (“UPS”) unlawfully discriminated against her by denying her request for light duty during her pregnancy when she could not lift up to 70 pounds as normally required in driving positions. UPS’s policy at the time[1] was to provide accommodations only to drivers who fell into one of three categories: drivers who suffered work-related injuries, drivers with disabilities under the Americans with Disabilities Act (“ADA”)[2], and drivers who lost their DOT certifications. Drivers whose impairments arose under different circumstances, including employees injured off the job and pregnant employees like Ms. Young who didn’t otherwise fall into one of these three categories, were not eligible for light duty. UPS placed Ms. Young on unpaid leave and she subsequently lost her medical coverage.

Ms. Young claimed that UPS violated the Pregnancy Discrimination Act of 1978 (“PDA”). The PDA amended Title VII of the Civil Rights Act of 1964 (“Title VII”) by (i) stating that discrimination “because of or on the basis of pregnancy, childbirth, or related medical conditions” is unlawful discrimination because of sex, and (ii) requiring that employers treat pregnant workers “the same for all employment-related purposes . . . as other persons not so affected but similar in their ability or inability to work.” The trial court granted summary judgement in favor of UPS and the Court of Appeals for the Fourth Circuit affirmed.

In a 6-3 decision, the Supreme Court vacated the Fourth Circuit’s decision allowing Ms. Young’s lawsuit to proceed and directing the trial court to review it under a new standard for PDA “disparate treatment” claims.[3] This new standard would essentially outlaw the exclusion of  pregnant employees from accommodation policies, even those that are neutral with respect to pregnancy like UPS’s, if the policy places a “significant burden” on pregnant employees that is not justified by a “sufficiently strong” reason. A “significant burden” may be shown if the employer accommodates a large portion of nonpregnant workers while failing to accommodate a large percentage of pregnant workers. Furthermore, greater expense or less convenience experienced by an employer will not ordinarily be a “sufficient reason” to exclude pregnant employees from the accommodation policy.

Employers should immediately review their existing policies and practices applicable to pregnant workers to ensure legal compliance. Keep in mind that the PDA, at issue in Young, is not the only law to consider. The ADA as amended in 2008 and various state and local laws offer protections to pregnant women. This review should include policies dealing with light duty and accommodation, as well as leave, attendance, scheduling, and lactation.[4]

The new standard announced in Young for disparate treatment PDA cases will make it tougher for employers to win summary judgement in PDA cases. In turn, the cost and uncertainty experienced by employers defending such claims will increase. Remedies available in disparate treatment cases include back pay, compensatory and punitive damages, and attorney’s fees.[5] This may drive a spike in such claims, as the likelihood of either ultimate success or an attractive settlement is greater.

If an employer has a policy that offers accommodation to some categories of impaired workers, such as those with on-the-job injuries, but not all workers, the employer must make a choice. It can either amend the policy to include pregnant workers or determine whether its policy would pass muster under the Young standard. That is, does the policy impose something less than a “significant burden” on pregnant workers? Are the employer’s reasons for the policy “sufficiently strong” to justify the burden? An employer who wishes to maintain a policy affected by the ruling in Young should seek legal counsel.

Details for the Law Geeks Out There

The majority opinion, written by Justice Breyer and joined by Chief Justice Roberts, and Justices Kagan, Sotomayor, and Ginsburg,[6] modified the framework set out in McDonnell Douglas Corp. v. Green for evaluating claims of disparate treatment, that is, intentional discrimination, under the PDA. Under the standard announced in Young, a plaintiff must first establish a “prima facie case” by offering evidence that she was pregnant and sought accommodation, that the employer did not accommodate her, and that the employer did accommodate others “similar in their ability or inability to work.” To rebut the prima facie case, the employer must then offer a legitimate, nondiscriminatory reason for denying the accommodation, which reason must ordinarily be more than a claim of greater expense or inconvenience associated with adding pregnant workers to the categories of workers the employer accommodates.

The majority opinion rejected both Ms. Young’s and UPS’s interpretations of the meaning of the PDA’s requirement that employers treat pregnant workers “the same for all employment-related purposes . . . as other persons not so affected but similar in their ability or inability to work.” In addition, the majority found unpersuasive the Equal Employment Opportunity Commission’s (“EEOC”) position in its July 2014 enforcement guidance on pregnancy discrimination that employers may not rely on policies that make distinctions based on the source of an employee’s limitations, such as a policy that only allows for accommodation of employees who suffer work-related injuries and that denying light duty to employees who require accommodation due to pregnancy is unlawful if the employer offers light duty to other employees. The majority reasoned that the EEOC (i) did not explain why it adopted this position in light of the agency’s previous silence on the issue, (ii) promulgated the guidance after the Young case was pending before the Supreme Court, and (iii) took a position inconsistent with positions long advocated by the government.

Ms. Young argued that pregnant employees should be granted “most favored” status, that is, all pregnant employees should receive accommodation similar to that given to any other workers regardless of any other criteria such as how the impairment arose, the nature of the jobs, the employer’s needs, etc. As explained in the dissent by Justice Scalia joined by Justices Kennedy and Thomas, this interpretation would mean that “if Boeing offered chauffeurs to injured directors, it would have to offer chauffeurs to injured mechanics.” The majority dismissed this construction because the language of the PDA does not require it and because there is no reason to believe that Congress intended to deviate from established disparate treatment law that normally allows employers to treat members of protected classes less favorably than others so long as the different treatment is explained by a nonpretextual, legitimate, nondiscriminatory reason.

UPS argued that the clause of the PDA requiring the same treatment for pregnant workers as others “similar in their ability or inability to work” simply defined sex discrimination to include pregnancy discrimination. Under this view, courts would compare the accommodations provided to pregnant women with those provided to others within a facially neutral category to determine whether the law was violated. For example, courts would consider whether a pregnant woman who was unable meet a lifting requirement due to pregnancy was treated the same as other employees who were similarly impaired for another reason, such as an off-the-job injury. The majority ruled that this interpretation rendered the clause superfluous to other language in the PDA. The dissent disagreed with this conclusion reasoning that the clause clarified two issues that would not otherwise be obvious—that pregnancy discrimination includes (i) disfavoring pregnant women not just to the workforce in general but also to workers disabled for reasons other than pregnancy, and (ii) excluding pregnancy from an otherwise complete disability-benefits program. After all, as Justice Scalia wrote, “people do not necessarily think of pregnancy and childbirth as disabilities.”

The dissent takes issue with the majority’s conflation of the standards applicable to disparate treatment cases (which require proof of discriminatory intent and allow for a broader range of remedies) and disparate impact cases (which can be based on facially neutral policies that fall more harshly on persons belonging to protected classes and are not job-related and justified by business necessity). “Today’s decision can thus serve only one purpose: allowing claims that belong under Title VII’s disparate-impact provisions to be brought under its disparate-treatment provisions instead.”

[1] UPS changed its policy to provide accommodations to pregnant workers while the case was pending while maintaining that this change was voluntary and not required by the PDA.

[2] Ms. Young’s claim arose before the 2008 amendments to the ADA became effective. Under these amendments, if a pregnant worker’s condition constitutes a “disability,” and many would under the relaxed definition of disability established by the amendments, the employer would be obligated to provide a reasonable accommodation.

[3] Theories of discrimination under Title VII include (i) “disparate treatment” which requires proof—direct or circumstantial—of intentional bias against protected characteristics and (ii) “disparate treatment” which occurs when a policy or practice that is not intentionally discriminatory falls more harshly on a protected group and is not job-related and consistent with business necessity.

[5] In contrast, compensatory and punitive damages are not available in disparate impact cases.